A team of students from the University of Milan found the first mention of America in the Mediterranean area in an unpublished medieval work written around 1340. The study was published in "Terrae incognitae". 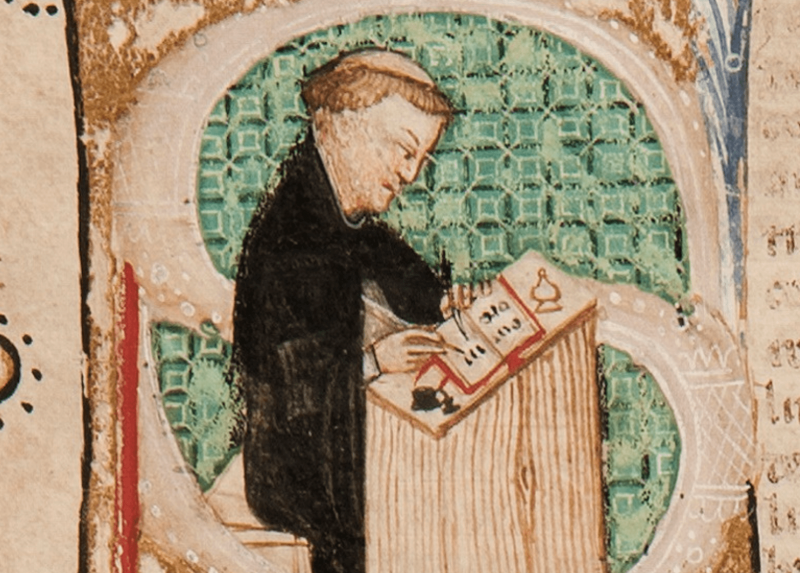 The image shows an extract from the Trivulzian specimen Cod. Triv. 1438, c. 1r, preserved in the Civic Archives of History and Trivulziana Library - copyright © Municipality of Milan

A surprising reference to a land located beyond the Atlantic has been identified in an unpublished medieval work written by the Italian Dominican Galvano Fiamma around 1340. This sensational discovery was made within an academic project launched by the University of Milan and involving numerous Humanities students. It was published in the US journal Terrae Incognitae, focusing on the history of exploration.

Everyone knows that the American continent has been on Europe’s radar since Christopher Columbus’  expedition in 1492. In fact, Viking navigators had already explored the northern coasts of the Atlantic in previous centuries, with their feats leaving sporadic traces in the semi-legendary tales of some Norse sagas. However, never before had the existence of lands beyond the Atlantic been documented as a fact known outside Scandinavia. A research underway at the University of Milan now shows that something was known even further south.

A scientific and academic project which has been running for some years in the Department of Literary Studies, Philology and Linguistics coordinated by Paolo Chiesa, professor of medieval and humanistic Latin literature, has brought to light a surprising reference to overseas lands that predates Columbus’ voyage by about 150 years. The mention comes from Milan: it is found in Cronica universalis by the Dominican Galvano Fiamma, author of various chronicles written in the Visconti period. In this work, still unpublished and studied as part of this project, there is a reference to a land called Marckalada, which can certainly be identified with the one called Markland in the Norse sagas.

This is the English translation of Galvano’s passage, originally written in Latin: “The sailors who sail the seas of Denmark and Norway say that beyond Norway, to the north, lies Iceland. Further on there is an island called Greenland...; and further west, there is a land called Marckalada. The inhabitants of this land are giants: there are buildings of stones so large that no man would be able to put them in place, if not enormous giants.  Green trees grow there and many animals and birds live. But no sailor has ever been able to know with certainty news about this land and its characteristics.”

Galvano likely received the news from Genoa, where he had contacts, and the sailors he mentions may have been Genoese navigators who traded with the northern regions. The interest of this finding lies in the fact that it reopens a long-debated question, on which there was no documentation: whether, before Columbus, information circulated in Genoa on the existence of lands beyond the Atlantic, and whether any news, even vague, of their existence had made the risk of the 1492 expedition more acceptable.

Paolo Chiesa said: “The mention of America is just one of the surprises that Galvano Fiamma’s Cronica Universalis has in store, though it is probably the most sensational. It is an unpublished work, on which we have built an academic project, with several students writing their theses on this subject, each transcribing a passage of the manuscript and translating the text into Italian. The students have learned a lot from this experience, and now they have the pleasure of seeing that their work had a surprising scientific outcome.”

The passage mentioning America was transcribed by Giulia Greco, now a PhD student at the University of Trento, who said: “The manuscript is written in a Gothic script from northern Italy, which is not always easy to decipher. In addition to transcribing their part of the text, each student had to identify the sources used by Galvano for the information contained therein. For the reference to America, in particular, no book sources have been identified, and we must therefore believe Galvano when he says he was reporting oral information.”

The next step in this research project is the publication of the entire Cronica universalis. This part of the work is coordinated by Federica Favero, research fellow, who described it as follows: “The manuscript of the work is located in the United States, and is privately owned. It was therefore necessary to go there: the owner authorized us to photograph the entire code, and we worked based on these photographs. We now have to align all transcripts to a scientific editorial standard, delve into the points that remain obscure and add a comment on the text. Once this is done, the Cronica universalis will be available to all, as it deserves to be.”

Link to the study published in Terrae Incognitae.

The image shows an extract from the Trivulzian specimen Cod. Triv. 1438, c. 1r, preserved in the Civic Archives of History and Trivulziana Library - copyright © Municipality of Milan.