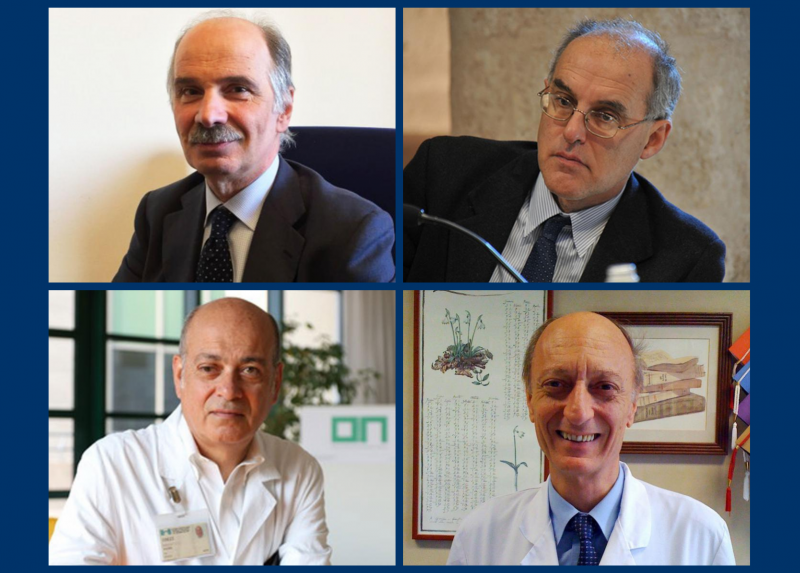 For the second consecutive year, there are four professors from the University of Milan in the "Highly Cited Researchers 2021" ranking by Clarivate Analytics, which independently manages the Institute for Scientific Information (ISI) Web of Science. Its databases collect and process metadata from scientific publications across all research fields.

Alberico Catapano teaches Pharmacology at the Department of Pharmacological and Biomolecular Sciences, as well as directing the Center of Epidemiology and Preventative Pharmacology of the University of Milan, and the Center for the study of atherosclerosis at the "Bassini" Hospital and the IRCCS Multimedica. Professor Catapano has published studies on atherosclerosis, lipids, lipoproteins, genetic dyslipidemias, therapeutic targets and lipid-lowering drugs.

Carlo La Vecchia is a Professor of Medical Statistics at the Department of Clinical Sciences and Community Health. He investigates, among other things, the epidemiology of tumors, cardiovascular diseases, perinatal diseases and other important diseases, and, most recently, the spread of Covid- 19.

Salvatore Siena teaches Medical Oncology in the Department of Oncology and Hematology-Oncology and directs the Niguarda Cancer Center. In his many years as a researcher, Professor Siena has been engaged, in particular, in the development of new therapeutic approaches for the treatment of colorectal cancer.

Giuseppe Viale is a Professor of Pathological Anatomy in the Department of Oncology and Hematology-Oncology of the University of Milan and leads the Department of Pathological Anatomy and Laboratory Medicine at the European Institute of Oncology (IEO). His study and research interests include prognostic and predictive markers in breast cancer, abnormal expression of oncogenes and tumor suppressor genes in human neoplasms and alterations in cell cycle control and apoptosis.