An international team of archaeologists, coordinated by the University of Milan, has found vine pollen in the most ancient archaeological layers of the Colombare di Villa site, Negrar di Valpolicella (VR). 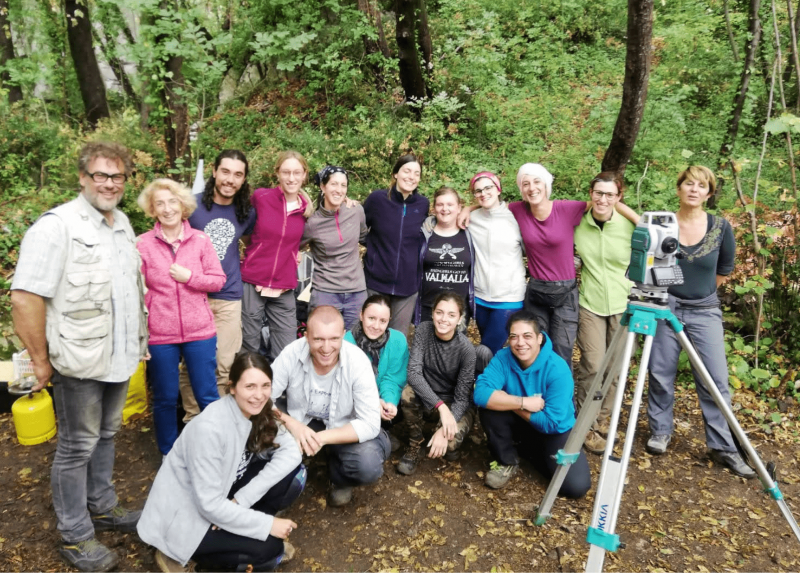 The team of archaeologists coordinated by the University of Milan - Colombare, Negrar di Valpolicella

The oldest grape from Valpolicella is 6,300 years old and comes from the prehistoric site of Colombare di Villa, Negrar di Valpolicella (VR), inhabited between the Neolithic and the Bronze Age.

These are the most significant findings from the archaeological digs conducted by the Department of Cultural and Environmental Heritage of the University of Milan, in cooperation with the Board of archaeology, fine arts and landscape for the provinces of Verona, Rovigo and Vicenza. The lead scientist is Umberto Tecchiati, professor of Prehistory and Prehistoric Ecology at the University of Milan. Launched in 2019 and now in its third year, the research project is sponsored by the Municipality of Negrar di Valpolicella and owes much to the Verona board, which organized and funded the sampling campaign on the site of Colombare di Villa in the autumn of 2020.

Vine pollen and grape seed findings in the most ancient archaeological layers confirmed that the plant, though probably in the wild, must have been cared for in this area of the Lessini Mountains as early as 6,300 years ago, in the recent Neolithic.

Different types of samples were taken from the archaeological layers: soil, animal bones, micro and macro plant remains. Palynological, archaeo-botanical and archaeo-zoological research confirms that the Colombare di Villa site was inhabited by peasants, who cultivated cereals and bred domestic animals here. The team intends to continue laboratory analyses, especially looking for traces of wine on the remains of ceramic containers, in order to establish whether production activities continued over the millennia – Valpolicella is currently a leading wine-growing area in Italy. In fact, vinification was already possible in prehistoric times, but further research is needed to confirm whether the grapes that were certainly consumed in the Colombare site were also transformed into wine.

The findings from the latest laboratory analyses add to those from the stratigraphic excavation and topographical surveys conducted by protohistory archaeologist Cristiano Putzolu, research fellow in the Department of Cultural and Environmental Heritage of the University Milan, in 2021. The six-week digs completed on 1 October confirmed that the site was attended for a very long period, around 3,000 years, and reaffirmed the fundamental importance of this production centre for the Lessini area, then as much as now.

As in 2019-2021, future onsite research will be led by Professor Tecchiati, while all other phases will be conducted jointly with Paola Salzani, archaeology officer from the Board of archaeology, fine arts and landscape for the provinces of Verona, Rovigo and Vicenza, with the support of Vincenzo Tinè, from the same Board, and archaeology officer Brunella Bruno, head of archaeological protection for the municipalities of Verona and its province, Nicoletta Martinelli and Massimo Saracino, scholars of Prehistory at the Natural History Museum of Verona, Chiara Tomaini, professor of Restoration at the Veneto Institute for Cultural Heritage, Cristiano Nicosia, professor of archaeological stratigraphy and geoarchaeology in the Department of Geosciences of the University of Padua, as well as Alberto Bentoglio, head of the Department of Cultural and Environmental Heritage of the University of Milan.