After the first Italy-Japan artistic exchange event in 2018, the University of Milan and the Ishibashi Foundation of Tokyo have organized the Second International Symposium in Italian and Japanese with simultaneous translation. 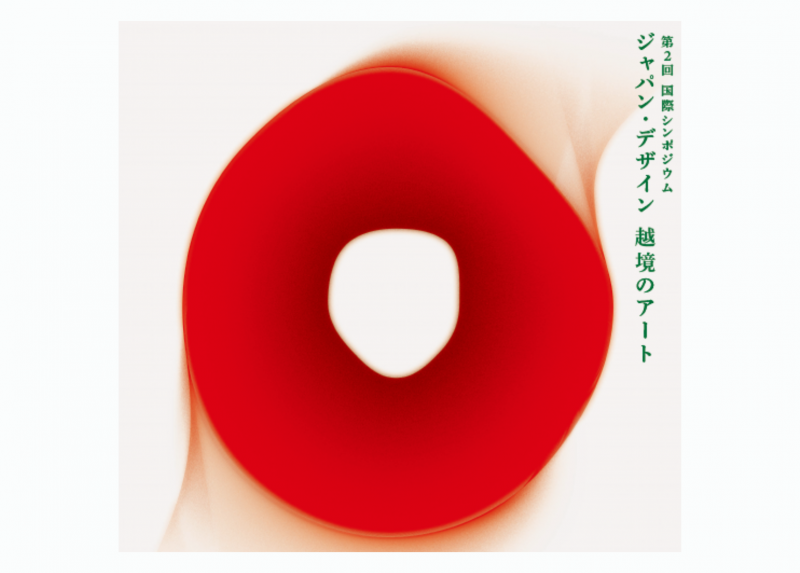 A detail of the poster

After the first event in 2018, which explored the theme of artistic exchanges between Italy and Japan, the University of Milan renews the special collaborative relationship with the Ishibashi Foundation of Tokyo, organizing the Second International Symposium, titled “JAPAN DESIGN: Arts beyond borders / ジャパン・デザイン 越境のアート” curated by Rossella Menegazzo, Associate Professor of East Asian Art History in the Department of Culture and Environmental Heritage.

The Symposium will be conducted in person in the Aula Magna of the main campus of the University at no. 7 Via Festa del Perdono on Thursday and Friday, 13-14 October, and streamed live on the University’s social media channels. It will feature the participation of Japan’s most important designers and architects currently active on the international scene and Japanese and Italian designers who have written the history of design via intercultural synergies and collaborations centring on Milan. The notables include Kengo Kuma, Natoto Fukasawa, Makio Hasuike, Toshiyuki Kita, Giorgetto Giugiaro, Setsu & Shinobu Ito, Andrea Branzi, and Reiko Sudo, as well as representatives of the younger generation such as Nao Tamura, Keiji Ashizawa, and Kosuke Araki. The symposium focuses on contemporary Japanese design with its cultural implications, drawing on classical arts and the permeability of boundaries between creative idioms, from calligraphy to painting, arts applied to design, and architecture, and extending out to embrace the arts of flowers and scents. The categories of “fine arts” (bijutsu) and “applied arts” (kōgei) were borrowed from Europe in the late 19th century, while the concept of graphic design in contemporary terms replaced the concept of “technical-decorative design” (zuan) in the 1950s.

One of the objectives of the Symposium is to discuss the forms and concepts of Japanese design in relation to the creative act, gestural expression, and sense of time and space. It also explores new equilibria between the handmade and the industrially produced, between innovative/technological and natural materials in the Japanese context but with a universal perspective. Japanese culture has always carried a certain allure through design and refined works of art and artisanry that embody a strong sense of respect and care for details and a concept of dedicated time that is very different from that in the West. The use of materials and the simplicity and precision of forms is at the core of what we perceive as wa, the concept of harmony that distinguishes the Japanese aesthetic. This “Japaneseness” has had a strong impact on Italian, European, and generally Western lifestyles, as evidenced by the enormous success of Japanese brands on the international market. Interest in these themes continues to spread internationally and in Japan in recent years, with greater attention to local artisanry, historical bottegas, and generations of masters perpetuating family traditions. And while they may struggle to cope with the social and economic changes of modern globalization, it is also true that they find strength and ideas for renewal precisely in design.

The Symposium is organized into four sessions. The first day begins with shared thoughts on the culture of Japanese design. The first session explores the art and artisanry passed down through the generations free of the Western distinctions between fine arts and applied arts, highlighting the fluidity and permeability of borders between the idioms of art, design, and artisanry still existing in Japan. The second session seeks to offer an international interpretation of the evolution of Japanese design with a look at the past and the future from the vantage point of a number of key international observatories present in Italy and Japan: the Salone del Mobile and the FuoriSalone, magazines such as Interni and Axis, educational television programmes promoted by the Japanese state television network NHK, and university research centres.

The second day features a dialogue between the experience of the first generation of Italian and Japanese designers, from the 1960s on, who developed wholly novel synergies and forward thinking, often choosing Milan as a home and place of business, and the proposals of younger designers charting new routes using the most advanced technology while also seeking responses and solutions to current social, environmental, and economic issues. Stories and accounts of life and occupations, personal relations and key choices that have reworked the international design scene, creating original cultural bridges of unquestionable quality and for this reason able to endure through time.

The Symposium also seeks to be a special occasion for meeting in person after the past two years of interruption in flows between Japan and Italy due to the health emergency, which had heavy repercussions not only on the economy but also on research and interpersonal relations. A mixed physical/digital format was thus chosen, to allow speakers unable to travel to connect remotely and an international audience to participate live via the University’s official social media channels: with live streams on Facebook in Italian and on YouTube in Japanese. The Symposium is the first event in a multiyear project on design between Japan and Italy which will include exhibitions and additional events both in Italy and in Japan, giving a new impetus to the profound relations already existing between the two nations and finding further expression with Expo 2025 Osaka, Milan’s twin city in Japan. In addition to the special support from the Ishibashi Foundation—one of Japan’s most prestigious cultural institutions, providing active support to research and promotion of Japanese culture, responsible for the construction of the Japan pavilion at the Venice Biennale, and owner of the Artizon Museum in the heart of Tokyo—, among the scientific partners in the project we mention the Research Center for Advanced Science & Technology (RCAST), the Advanced Art Design Laboratory (AAD) of the University of Tokyo, the Italian School of East Asian Studies (ISEAS), the ADI Design Museum Compasso d’Oro in Milan, and the Japanese magazine AXIS.

The event is sponsored by the Italian Embassy in Tokyo, the Consulate General of Japan in Milan, the Japan Foundation / Istituto Giapponese di Cultura in Rome, the Associazione Italiana per gli Studi Giapponesi (AISTUGIA), and the Contemporary Asia Research Centre of the University of Milan.

The attachments include the complete Symposium programme.