The prestigious grants have been awarded to NEMESIS and SHAPINCELLFATE, with Principal Investigators Marcello Massimini and Giorgio Scita, respectively.

The European Research Council (ERC) again recognizes the University of Milan, awarding two Synergy Grants in Life Sciences for a total of over 20 million euros.

The prestigious awards were landed by the NEMESIS and SHAPINCELLFATE projects, Italian-Spanish and Italian-French collaborations, respectively. The former is led by Principal Investigator Marcello Massimini, Full Professor of Neurophysiology in the Department of Biomedical and Clinical Sciences, and the latter by Giorgio Scita, Full Professor of General Pathology in the Department of Oncology and Haematology-Oncology and Director of Research at the IFOM Foundation, Institute FIRC of Molecular Oncology.

The SHAPINCELLFATE project (funding of 10.8 million euros) sees Dr Scita flanked by Andrea Palamidessi, Emanuela Frittoli, Andrea Disanza, Hind Abdo, Leonardo Barzaghi, Brenda Green, and Stefano Marchesi at IFOM. They study how changes in the shape of physically confined cells in adult tissues are determining factors in understanding the behaviour of the cells. This opens a holistic view of malignant tumours and their recognition by the immune system.

“We and pleased and proud of this major accomplishment for our University. It demonstrates the enormous capacity of our professors to envision ambitious and competitive projects at the highest technological and strategic level. Both of the winning projects push the frontiers in two very important biomedical fields — neurology and immunity/tumours — with future clinical applications that will bring important benefits to patients,” comments Maria Pia Abbracchio, Deputy Vice-Rector of the University of Milan with responsibility for Research and Innovation. 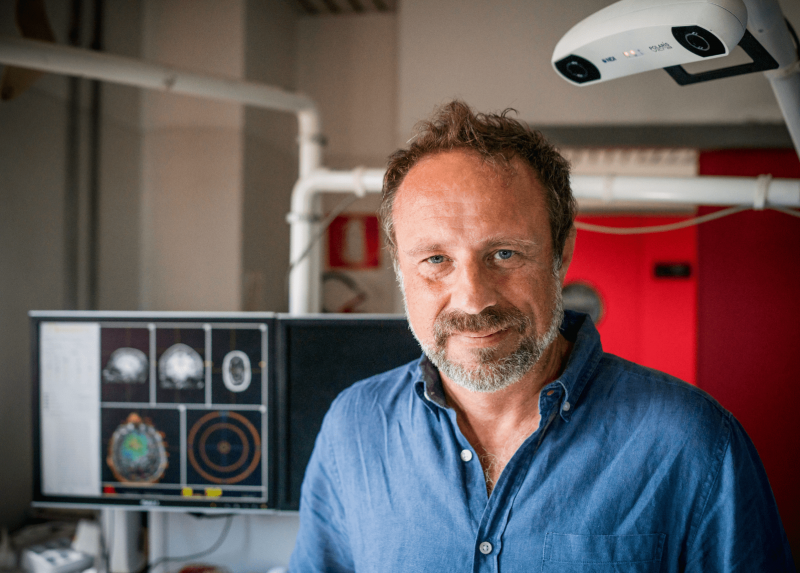 Marcello Massimini, Full Professor of Neurophysiology in the Department of Biomedical and Clinical Sciences

The NEMESIS project runs for six years and includes the participation of three additional Principal Investigators alongside Marcello Massimini: Maurizio Corbetta of the University of Padua, Maria Victoria Sanches-Vives of IDIBAPDS (Institut d'Investigacions Biomèdiques August Pi i Sunyer) of Barcelona, and Gustavo Deco of the Pompeu Fabra University of Barcelona.

“The consequences of focal brain injuries (ischemic, haemorrhagic, and traumatic) go far beyond the damage caused directed by the loss of neurons,” explains Marcello Massimini. “As early as 1914, Constantin Von Monakow had intuited how neurological symptoms could largely depend on a distant effect of local damage on the activity of distant brain areas. Almost a hundred years later, this hypothesis was confirmed by recordings made with modern neuro-imaging techniques: a focal lesion is associated with diffuse alterations of the cerebral networks, and these functional alterations explain symptoms. This is relevant because while structural damage is difficult to repair, functional alterations in brain networks can in principle be corrected. The goal of NEMESIS lies precisely in fully understanding the cellular mechanisms and the nature of these widespread alterations and developing new strategies to renormalize them.”

NEMESIS is based on a very strong hypothesis that emerges form solid evidence gathered by the team of neurophysiologists at the University of Milan over the last few years: after a brain injury, part of the cerebral cortex falls into a sleep-like state, producing large waves of slow electrical activity that spreads over a long distance and interferes with the typical network activity of wakefulness.“With the NEMESIS project we aim to characterize this phenomenon of diffusion of slow electrical activity on different scales, from the patient’s brain to the single neuron level, and to use computer simulations and new neuromodulation techniques to awaken sleeping areas of the cortex,” concludes Professor Massimini. 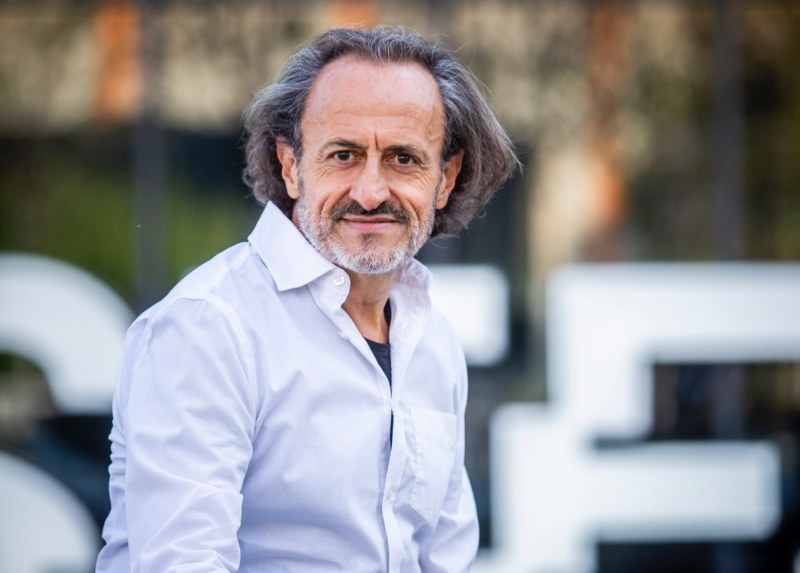 Giorgio Scita, Full Professor of General Pathology in the Department of Oncology and Haematology-Oncology and Director of Research at the IFOM Foundation, Institute FIRC of Molecular Oncology

SHAPINCELLFATE (Impact of Cell Shapes on Cell Behaviour and Fate)

“Cells are often represented as irregular spherical objects, the shape they take in suspension,” explains Giorgio Scita. “However, the compact environment of the tissues alters this simple form, causing large cell deformations and this occurs both during normal tissue growth and even more pronounced when the tissue overgrows, as in the case of solid tumours. In the last century, D’Arcey Thompson in the famous treatise ‘On Growth and Function’ had proposed a direct relationship between form and function, but it has never been clarified whether and how the history of changes in the shape of a cell or a tissue can influence its identity and its nature, thus changing its function.”

Cell shape changes often occur in migratory cells, such as immune cells and tumour metastases that escape the primary tumour to invade healthy tissues. In all cases, the cells adapt and survive even very large deformations. The mechanisms underlying this response and the long-term consequences that repeated cell shape changes have on physiology and pathology remain largely unknown.

With the SHAPINCELLFATE project, the Italian-French team thus aims to test on dendritic cells, which initiate adaptive immune responses, and on tumour cells, derived from mammary epithelia, how changes in cell shape can have an impact on behaviours and cell functions, in particular, how this can constitute a form of memory and whether changes in cell shape at a given time can cause a long-term effect.

“With this project,” concludes Professor Scita, “we aim to address the molecular mechanisms and physical principles that explain the memory effects induced by the shape of the cells and to evaluate their impact on immunity and cancer to define new clinical pathways useful for getting a deeper understanding of background malignant tumours and how these are recognized by the immune system.”