"Scientific Reports" published the study of an international team, including researchers from our University, which is a step further in the understanding of human evolution 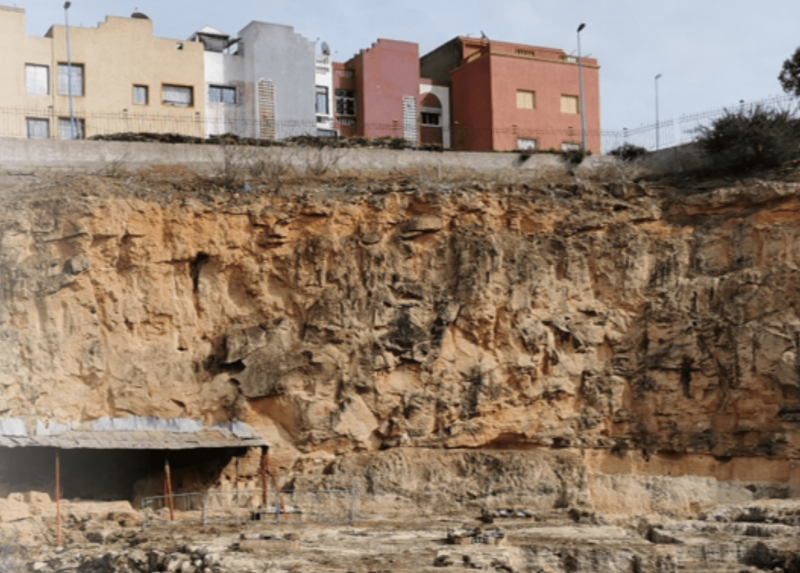 An international French, Italian and Moroccan research team, including a group of geologists from the Department of Earth Sciences "Ardito Desio" of the University of Milan, published a study in Scientific Reports that provides the first high-resolution chronology of the archaeological site of Thomas Quarry I in Casablanca (Morocco). The site contains the oldest Acheulean lithic industry in North Africa, dating back to 1.3 million years ago, which may be explained by the presence of Homo erectus.

Since 1985, archaeological research conducted in the OH1-bed2 stratigraphic unit has brought to light over 5,000 utensils manufactured with the Acheulean technique, which allowed the production of almond-shaped lithic tools, called bifaces or amygdales, associated with faunal remains. The large number of finds has made Thomas Quarry I one of the richest sites of ancient Acheulean artifacts in all of Africa.

The beginning of the Acheulean represents an important technological advance in the history of human evolution. This type of industry appeared in East Africa 1.8 million years ago and in South Africa between 1.6 and 1 million years ago. The discovery of the age of the Thomas Quarry I site has therefore improved our understanding of human evolution and the timing of pre-sapiens human species' mobility on the African continent. While rich in Acheulean sites, North Africa has very few locations that document the ancient Acheulean, as there is no precise dating.

The key finding of the study is therefore the age of the site, which has been predated by about 400,000 years. Milan University's researchers Professor Giovanni Muttoni and PhD Serena Perini provided accurate dating of archaeological sites through the application of magnetostratigraphy. This method uses the study of Earth's magnetic field reversals for dating. Professor Andrea Zerboni contributed the micromorphological analysis of the rocks that make up the archaeological sites.

“These are much more sophisticated utensils than those available to previous pre-sapiens species, which were produced with the Oldowan technique. Working the stone in a symmetrical way involves a technological leap that has had remarkable consequences: with these tools our ancestors could flesh out their prey and break their bones to suck their marrow, which has a high nutritional content. This cognitive advancement is defined as the transition of lithic industries; chronologically and geographically locating the use of a particular tool-making technique changes the picture of human evolution and technological progress. Now we know that protohuman communities capable of making this cognitive leap, allowing the creation of more complex tools than those previously produced, occupied the North African area much earlier than we had thought so far”, explain the researchers.

Prior to this study, published on 28 July 2021, this transition in North Africa was believed to date back to around 900,000 years ago. “It is therefore not the oldest site containing lithic industry in ancient Acheulean, as the oldest ones are located in East Africa. We need to understand how these men probably moved from East to North Africa and then arrived in Europe, conclude the authors. Their traces have been found in Italy, Spain, France: our study tries to answer the question of how and when this innovation – and the men who brought it – expanded to conquer Europe starting from Africa.”

Link to the study published in Scientific Reports.