Persecutions, including but not limited to those based on race, will be the core topic of the two-tiered event ‒ conference and concert-talk ‒ organised on the international day to commemorate all Nazi victims. 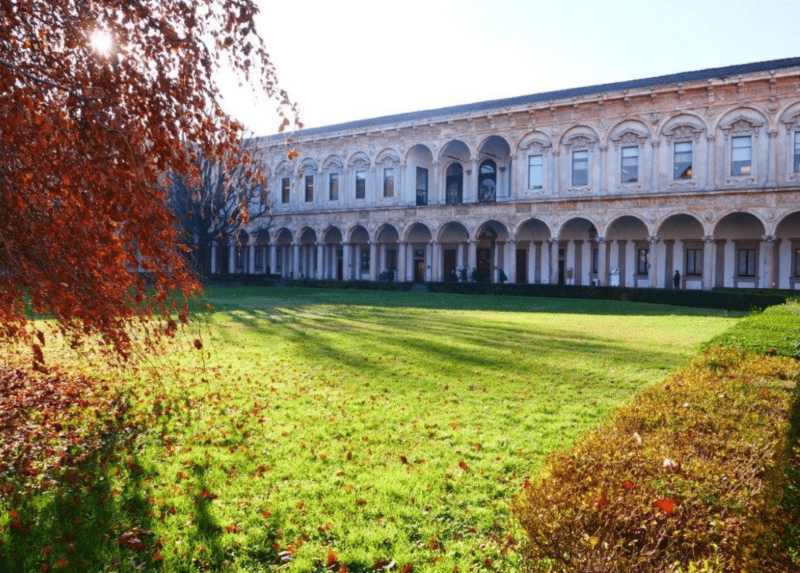 The University of Milan

The University of Milan is celebrating the Holocaust Memorial Day, the international day on 27 January to remember the victims of the Shoah, with a two-tiered event: an academic conference in the morning, and a concert-talk in the evening featuring mdi ensemble, in the frame of the 2022-2023 concert season of the Orchestra of the University of Milan.

The opening conference is titled “La discriminazione dei ‘diversi’ e la Shoah” (The discrimination of the “other” and the Shoah) and will be held on 27 January at 9.30 in the Great Hall – Aula Magna, via Festa del Perdono 7.

The opening remarks will be delivered by the Rector, Prof. Elio Franzini, by Gadi Luzzatto Voghera, Director of the Centre for Contemporary Jewish Documentation in Milan (CDEC), and by Marco Vigevani, President of the Events Committee of the Shoah Memorial of Milan. Speeches will range from literature to law, providing a multi-disciplinary overview on the topics of violence and discriminations.

Chaired by Marilisa D’Amico, Deputy Rector for Legality, Transparency and Equal Rights, the conference will first cover persecutions against Jews and then broaden the scope of discussion by reporting on violent acts perpetrated against women, homosexuals and disabled people, including lesser known facts such as the Nazi persecution of Freemasons in Europe, and an in-depth insight on Czechoslovakian Communism, based on literary texts.

A monologue entitled “Passato non passato” (Past not passed), written and performed by actress Carolina de' Castiglioni, will close the conference.

The commemoration of the Holocaust Memorial Day at the University of Milan will continue at 19 with a talk titled “La musica perseguitata” (The Persecuted Music) by Silvia Del Zoppo and Cesare Fertonani, professors of History of Modern and Contemporary Music at the University of Milan. On the stage of the Great Hall in via Festa del Perdono, the talk will address less-familiar aspects of the Nazi persecution, which also had repercussions on many musicians of Jewish descent, preventing them from performing, removing their names from library catalogues and “erasing” them from the music market. Together with the speakers, the discussion will focus on the so-called concentrationary music, i.e. the artistic production of interned musicians, which is being rediscovered thanks to recent researches and studies.

To close this eventful day, at 20.30 the Great Hall will host a concert in the frame of the 2022-2023 concert season of the Orchestra Unimi. The concert is organised in partnership with the MusicAdesso association and sponsored by the Municipality of Milan. For this specific concert, mdi ensemble is formed by Paolo Casiraghi (clarinet), Corinna Canzian (violin), Giorgio Casati (violoncello) and Luca Ieracitano (piano). They will perform a Sonata for violin and piano by Aldo Finzi and Quatuor pour la fin du temps by Olivier Messiaen.

Further details are available in the attached materials