After two years of partial cessation of work due to the COVID pandemic, the mission of the University of Milan and the Institute of Fine Arts of New York University has unearthed the birth of the ancient Siceliote city.

The archaeological dating of Temples A and O, the identification of an aquifer that might explain the choice of site, a two-piece limestone mould perhaps for the head of a sceptre, and a small ivory mermaid from the Peloponnese are just a few of the exceptional discoveries by the joint mission of the University of Milan and the Institute of Fine Arts of New York University on the Acropolis of Selinunte, an ancient Siceliote city located in the Province of Trapani, Sicily.

The excavation campaign, led by Clemente Marconi, professor of Classical Archaeology at the University of Milan, shifted into high gear in June and July 2022 after two years of partial cessation of work due to the COVID pandemic, producing extremely important results as regards knowledge of Selinunte in the archaic and classical period.

“Our research,” explains professor Marconi, “principally regarded three areas on the acropolis: the space between Temple A and Temple O, where we discovered an aquifer under the foundations of Temple A; a fissure in the ground immediately north of Temple O, attributable to a landslide that may explain why construction on the temple was halted, and the identification of various architectural elements that were recycled into the foundations of Temple O; and lastly, the completion of excavations at the south-east corner of the cella of Temple R (Dig O) and in the area between the western façade of Temple R and the south side of Temple C (Dig R).”

In particular, the excavations between Temple A and Temple O, two peripteral temples of very similar dimensions and floor plans dating to the mid-fifth century BCE (the latter never built beyond the level of its foundations), also included a trench between the foundations of the two buildings, dug in collaboration with the Selinunte mission of the German Archaeological Institute, the first such case of cooperation between missions in the history of archaeological research at Selinunte and an important example of international collaboration.

“The primary aim of this excavation,” continues Marconi, “was to date the two temples (the subject of an architectural study by a German doctoral student) on the basis of elements found in fill material in the foundation trenches. Using stratigraphic analysis, the excavations have clearly demonstrated that Temple A was built at an earlier time than Temple O. However, the results of the excavations went well beyond this, leading to the discovery of an aquifer, not previously documented, located around the foundations of Temple A, giving further support to the hypothesis that the first Greek settlement was established in the southern portion of the acropolis thanks particularly to the presence of this essential resource."

Of particular interest are the discoveries in the southern portion of the large urban sanctuary, where the mission has been working since 2006. The excavation regarded the south-east corner of the cella of Temple R (Dig O) and the area between the west façade of Temple R and the south side of Temple C (Dig R). The principal result of the first dig, which continued an excavation begun ten years ago (better known for unearthing the remains of an aulos) down to bedrock, was the identification of the base of the walls made of clay mixed with ash, in all probability enclosures for the performance of rituals associated with the first religious buildings built in this area c. 610 BCE. The excavation also lead to the finding of a second large fragment of a finely crafted two-piece limestone mould for a bronze artefact: the tip of a shaft, perhaps a sceptre. The remains of this mould were found at a level associated with the reconstruction of Temple R after the Carthaginian destruction of Selinunte in 409 BCE; the first half of the mould was found in a nearby area ten years ago. Finally, Dig O led to the discovery a dozen other objects that were part of the foundation materials, put there when construction of Temple R was completed c. 570 BCE. The objects include iron spearheads, loom weights, Corinthian perfume bottles, and personal ornaments.

As regards the south side of Temple C (Dig R), excavating down to bedrock a pit begun prior to the pandemic, Greek-type fired clay slabs for animal sacrifices together with a large quantity of ceramics from the mother city of Megara Hyblaea, whence hailed the Selinuntines, were identified at the oldest level of Greek presence, in contact with what was virgin soil at the time of the founding of the Greek colony. This was the largest find of Megara Hyblaea pottery since the beginning of the Italo-American mission to Selinunte and it contributes to dating these religious buildings to the first years of settlement of the ancient city.

“One of the most exciting finds in the recently completed campaign,” adds Marconi, “was actually revealed in the laboratory, which allowed us to identify, among the animal remains from Dig Q in the cella of Temple R, excavated in 2017, fragments of a miniature ivory mermaid (approx. 2.5 cm tall) datable to the mid-sixth century BCE. The tiny sculpture has been completely recomposed and in all probability was imported from the Peloponnese, as suggested by similarities with analogous miniature ivory sculptures from Delphi, further evidence of the level of wealth achieved by Selinunte in the sixth century BCE.

“The laboratory work this year,” concludes Marconi, “also led to finishing the restoration of the Egyptian-blue amulet representing a falcon, crafted in Egypt between the end of the seventh and beginning of the sixth century BCE and dedicated as a votive offering to the goddess of Temple R when construction began on Temple C.” 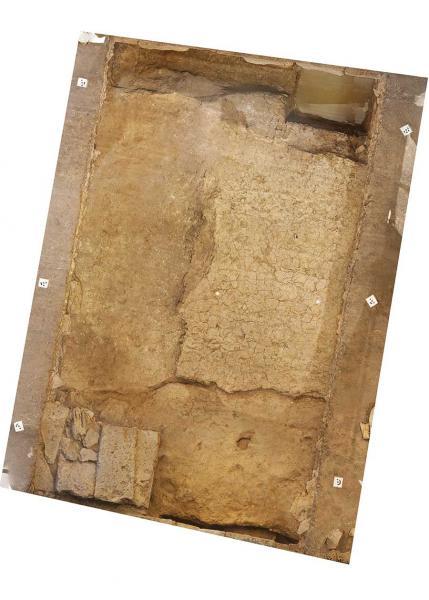 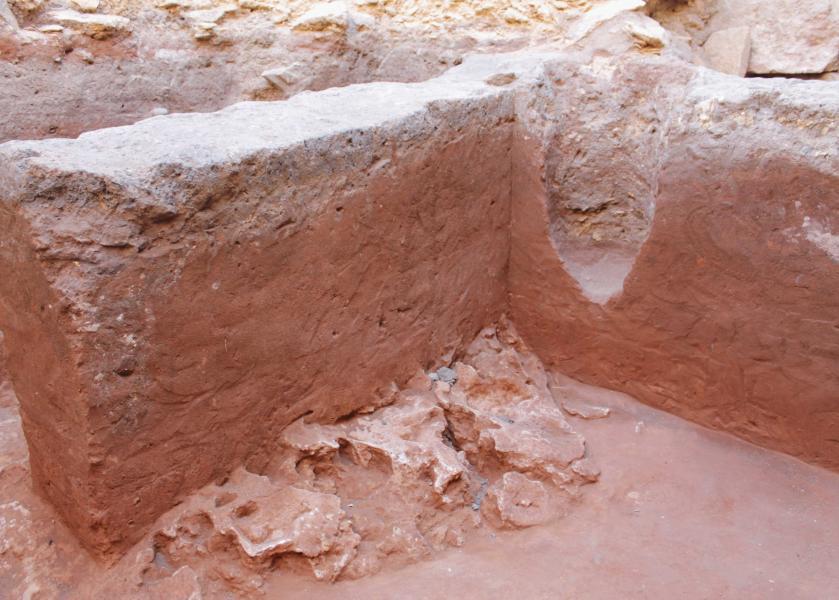 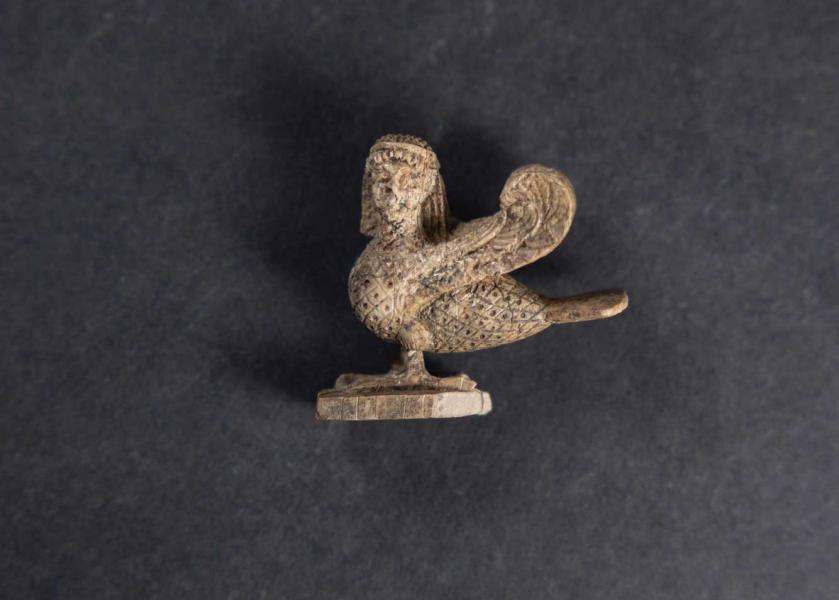