The University of Milan awarded an honorary Master’s degree to Durs Grünbein, one of the most eminent poets, essayists and writers in contemporary European poetry. 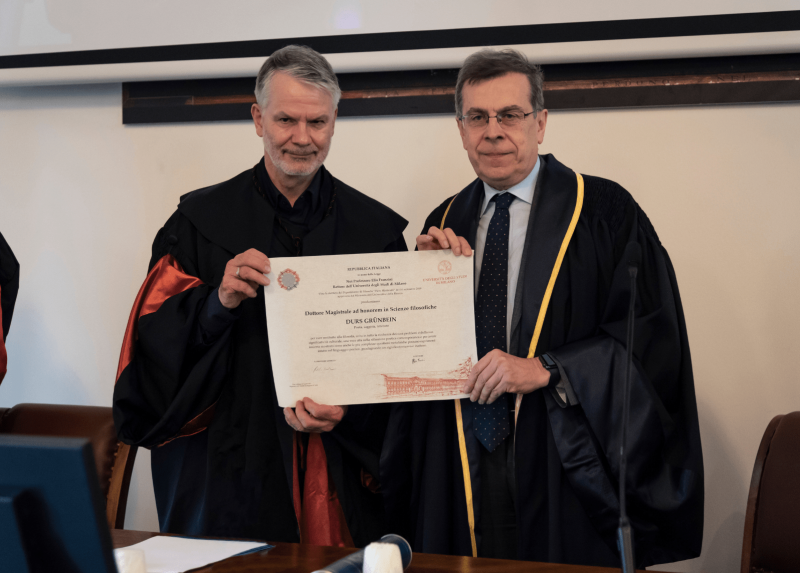 Durs Grünbein and the rector of the University of Milan, Elio Franzini - Credit Giorgia Corti

The University of Milan awarded Durs Grünbein an honorary Master’s degree in Philosophical Sciences “for restoring an outstanding voice for philosophy, with its richness of issues and cultural significance, in contemporary poetic reflection, and for showing how even the most complex metaphysical questions can remain intact in poetic language, while gaining a new and unexpected meaning."

A poet, essayist and writer among the most authoritative in contemporary European poetry, Durs Grünbein was born in a Dresden suburb on October 9, 1962, and soon showed an aptitude for poetry, alongside the scientific interests of his family milieu. The author of over 40 collections of poems and a prolific translator, among others of Aeschylus and Seneca, Durs Grünbein has lived and told in verses over three decades of world history, ranging from elegy to invective and satire.

The ceremony, at 11 am on April 6, was opened by Rector Elio Franzini and Luca Bianchi, head of the “Piero Martinetti” Department of Philosophy. A laudation followed by Paolo Spinicci, professor of Theoretical Philosophy, who has “a truly exciting task: to thank a poet – an authentic poet who has made poetry a free and profound life choice – for what he has done for philosophy.” In his works, reads the laudation, “Durs Grünbein has brought philosophical problems, in their full meaning, back to a large and significant cultural space. After a long silence, philosophers’ reflections have found a way to make themselves heard in a clear, pristine voice on the poetic scene.”

At 11.30 am, Durs Grünbein gave his lecture entitled “Poesie, Philosophie und ihre Peripetien” in German with Italian translation by Rosalba Maletta, a German Literature research fellow at the University of Milan. The lecture provides a deep reflection on what it means to be a contemporary poet, how to gaze at the world and with what tools, including philosophy.

Led by his “polar star, Descartes – the prototype of the new Western thinker: uprooted, guided by knowledge, doubtful in any way,” Durs Grünbein told how one day he “had the idea of becoming a poet. Gambling on the chance that I may be a poet. However, I never wanted to be read only as a poet, rather as someone who dedicates his life to the thing he loves most.”

Moreover, “to dream, what is it, to write poetry? For me it is an anthropological adventure. For me it is slowly floating back in a capsule from the bottom of the sea. Rewinding all watched movies. Crossing again, in sped-up time, all the cities travelled on foot. Reliving all the conflicts with the people we have encountered; all the loves, relationships, sexual encounters, but this time in a more dramatic way.”

The figure of the poet, guided by self-determination and critical thinking, permeates Durs Grünbein’s entire lecture: “What does one who writes poems want to achieve? If you knew beforehand, you would not be able to produce a single line. It is not worth starting if the outcome is already crystal-clear. Writing poetry means, according to all those who have tried it, reading the text within yourself, while always seeking to course correct, striding like a sleepwalker down a path that in the end was your own path, towards nature, towards the cosmos, in some happy moments towards beauty.”

But the poet Durs Grünbein is thinking of is something else entirely, is a philosopher poet, where philosophy and poetry are on tracks that do not always run parallel: “I think (...) poetic imagination and philosophical imagination travel on different tracks. In both areas thought proceeds, so to speak, systematically missing the other. But there are intersections, they do exist. Interchange stations, ticket offices for fortuitous encounters, shared tracks. I could always take seriously only those poets and poetesses who dealt with philosophy on equal terms.”

“Today – he concluded – we start from the assumption that arts (all arts, including poetry) require some talent, therefore inclination. That they are ultimately a gift, while everything else is conquered through diligent study. Being a poet today, in a highly diverse society, means preparing right from the outset, betting on a single card, mostly in vain, but sometimes not.” 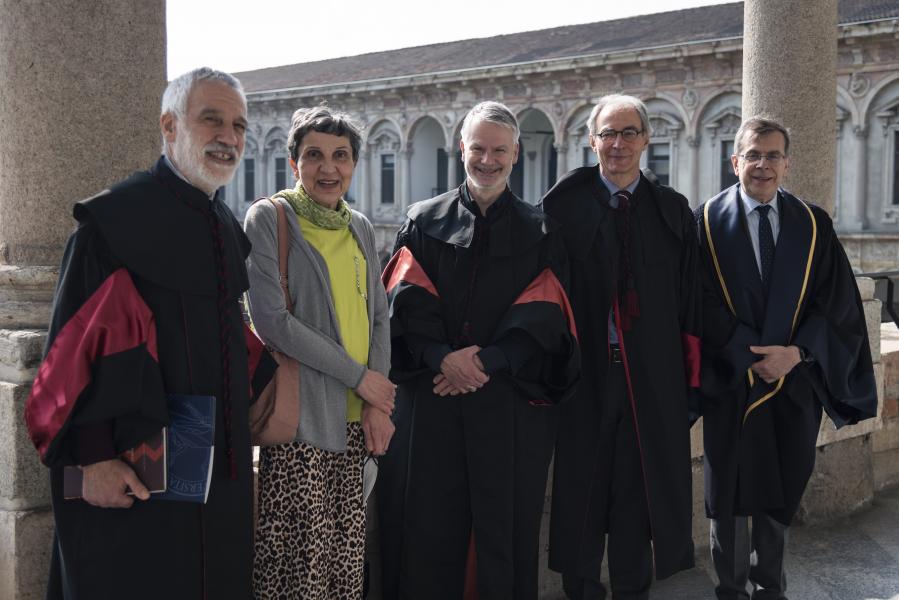 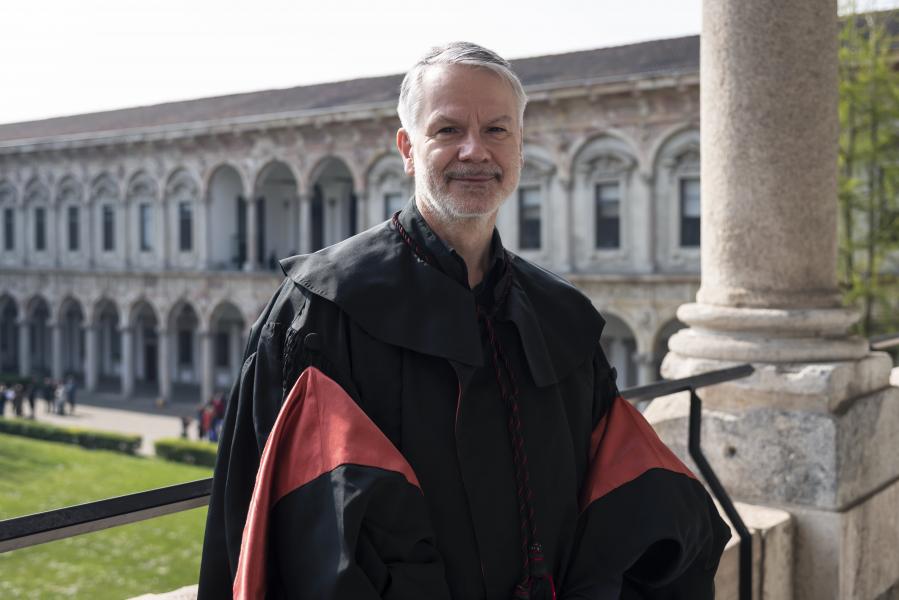 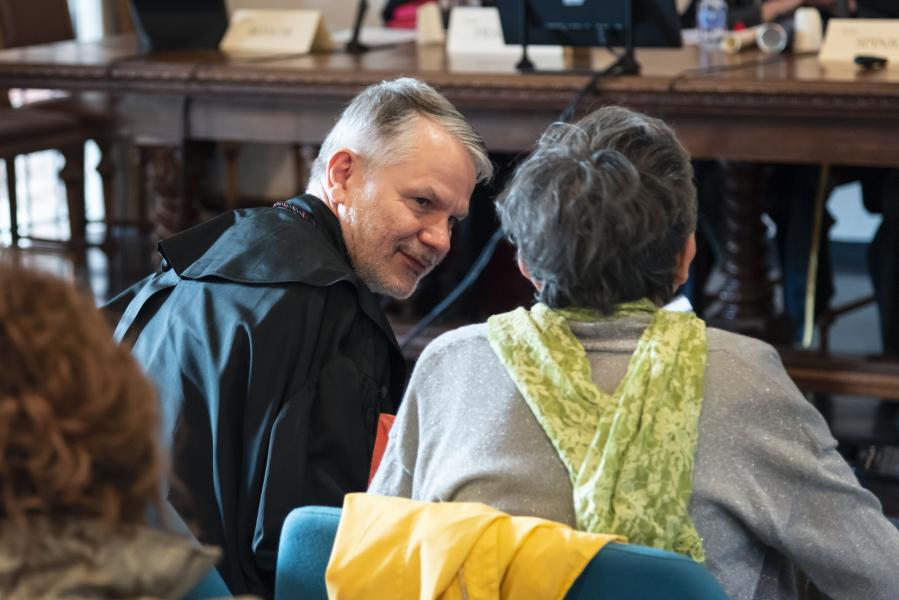 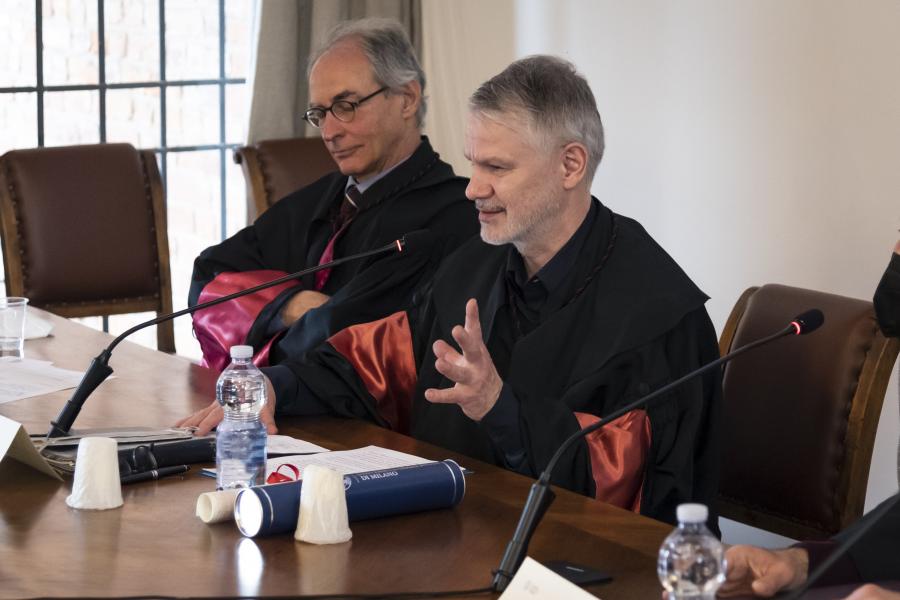 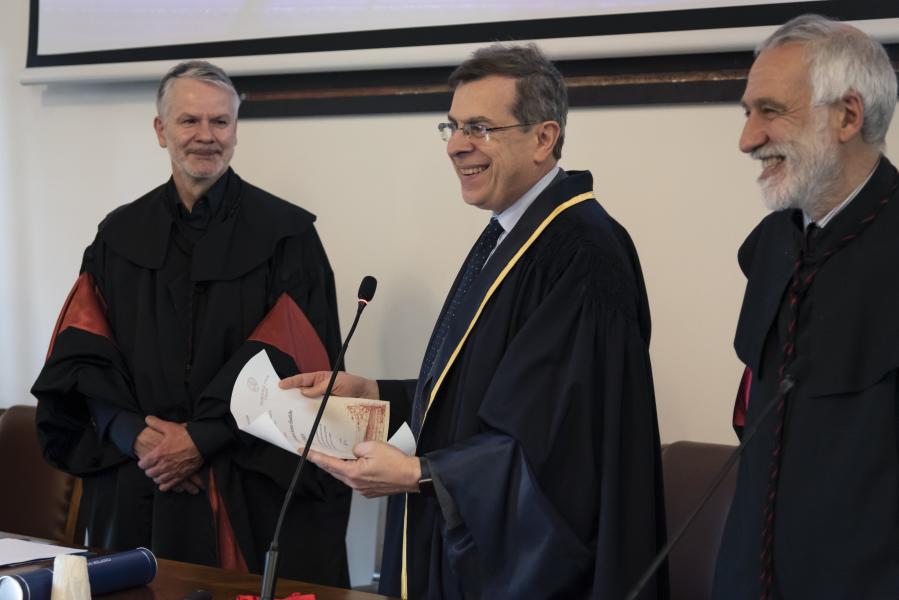 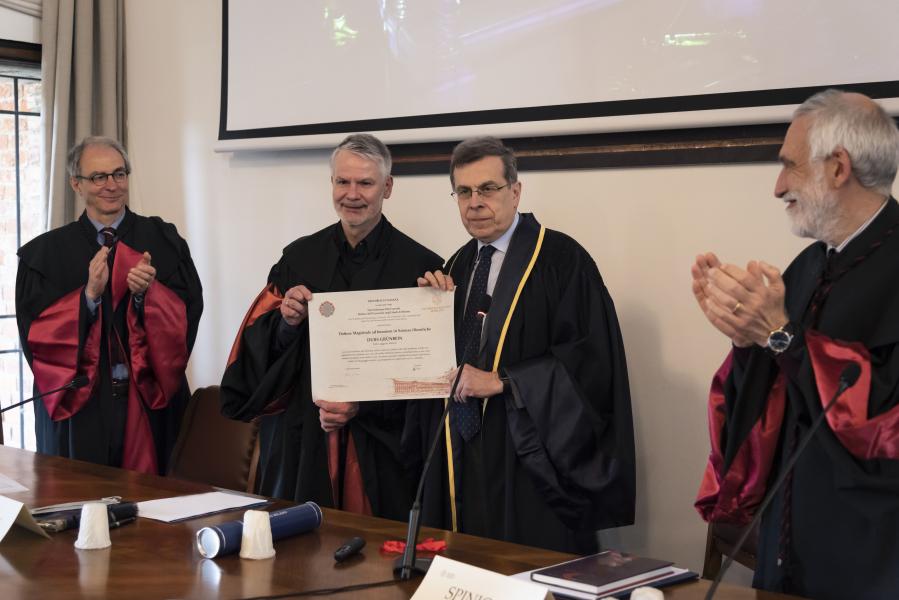 Sala Centrale, the main room of the Library of Law and Humanities, to reopen