The two University of Milan professors were appointed as new members of the prestigious European organization for their exceptional scientific contributions. 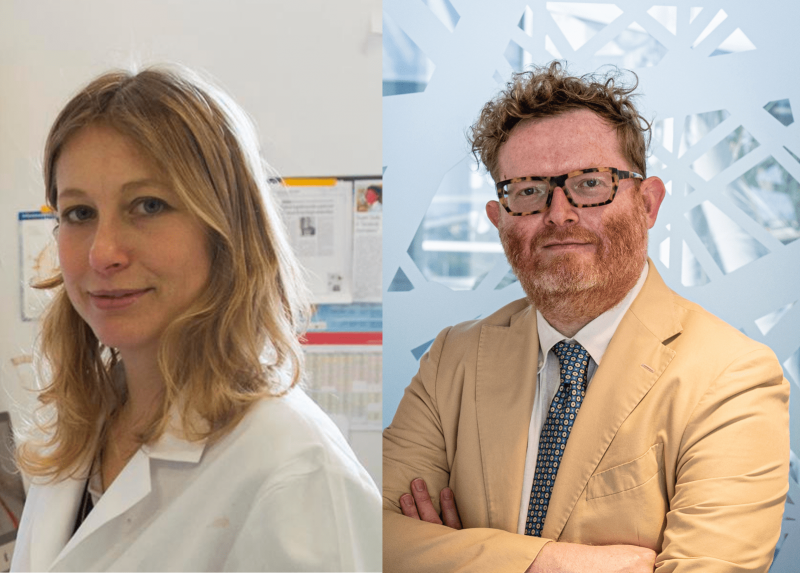 The professors of the Department of Oncology and Hemato-Oncology of the University of Milan, Sara Sigismund (Applied Biology) and Giuseppe Testa (Molecular Biology) are among the 67 new members from 22 countries of the European Molecular Biology Organization EMBO (58 Members plus 9 Associate Members), uniting scientists and researchers active in the biological sciences. The nomination of the two scientists to the prestigious organization was officialised today. This honour was conferred for the excellence of their scientific contributions in life sciences, as noted in the official letter of nomination.

Sara Sigismund and Giuseppe Testa thus join a community of 1,900 EMBO member scientists working to provide guidance and support to the organization’s activities and scientific publications, define research paths in the life sciences, promote the careers of young researchers, and strengthen the international community of researchers.

"The new EMBO Members and Associate Members are exceptional scientists who carry our leading research across a variety of fields, ranging from cell biology and cancer to vaccine development and machine learning,” commented EMBO Director Fiona Watt. “I am delighted to welcome them to EMBO, and I know that they will enrich the life of the organization immensely.” The formal induction ceremony for the new members will take place during the annual EMBO assembly in Heidelberg on 26–28 October.

Sara Sigismund teaches Applied Biology and Experimental Design at the University of Milan and Biochemistry to doctoral students at the Scuola Europea di Medicina Molecolare in Milan. She also leads the Endocytosis Research team at the Department of Experimental Oncology of the European Institute of Oncology (IEO). Her research objective is to understand the role of endocytosis in the regulation of growth fact receptor signalling in physiology and cancer. Her work has led to the discovery of a novel mechanism of endocytosis of epidermal growth factor receptor (EGFR) involving communication among various cellular organelles (Caldieri et al., Science 2017). This mechanism protects the cells from an excess of proliferative stimulus and could represent a new oncosuppressive mechanism, whose alterations could contribute to the aberrant proliferation of tumours in humans. Her work is funded by national and international bodies, including the European Research Council (ERC Consolidator Grant 2020), Worldwide Cancer Research (2015 and 2020), the Associazione Italiana per la Ricerca sul Cancro (AIRC Investigator Grant 2020) and the Italian Ministry of Education, Universities, and Research (PRIN 2017).

Giuseppe Testa teaches molecular biology at the University of Milan and is Director of the Centre for Neurogenomics at Human Technopole and Group Leader at the European Institute of Oncology, where he directs the Stem Cell and Organoid Epigenetics Laboratory. A three-time European Research Council (ERC) awardee, his research regards high definition modelling of human pathologies, both as regards neuropsychiatric disorders (intellect disabilities and autism) and tumoral pathologies, with the creation of avatars of patient-specific pathologies, which make it possible to study the molecular circuits underlying these pathologies outside of the patient’s body. In particular, the laboratory is at the cutting edge in cellular pre-programming and the derivation of organoids that reproduce salient aspects in vitro of in-vivo tissue architecture and function, thus allowing the experimental definition of the pathogenetic mechanisms and the identification of new therapeutic modes for hitherto inaccessible pathological processes. He has won numerous prizes and honours, including the Roche Prize as “best emerging scientist of the coming decade” in 2003, and the first edition of the Anzalone Prize in 2019 for his pioneering studies of the use of stem cells in the study of genetic diseases.